– short listed and selected for exhibition

Tektónica, International Fair of Construction and Public Works, is a trade show, an exhibition organized so that companies in the construction industry expose and demonstrate their products and services. It is a powerful tool for marketing and advertising in that branding, creates the image, visual identity and formal exhibition space of the company.

They are spaces that, to mediate the attraction and proximity of customers express the ephemeral in its nature constructive pre-fabrication, assembly and disassembly. Brief in your assembly time and dense appeals express the density of the visual identity of this reality. The understanding of reality occurs by understanding the multiple layers that constitute it. Intimately joined in this sense is the relationship between time and space, in which the density of the elements in the space is inherent in the accumulation of events.

This dependence between space and time can be investigated by the difference between place and space, being a possibility of understanding the change of time and feel or experience with intensity, a suggestion based on the uncertainty in the perception of reality about the beginning, middle or end, at least with regard to this event. Neither begins nor ends. 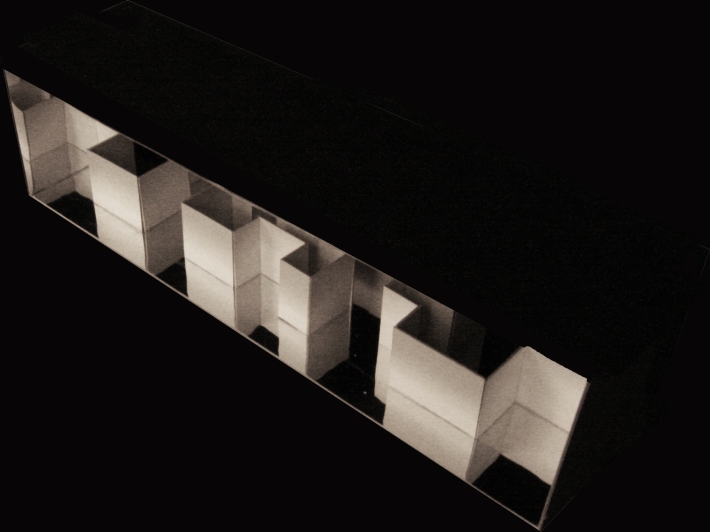 It is a labyrinth in which the infinite, time, acts in the body. In the eyes of the observer, is the matter of the exposition that captures their attention in a world where black is not a closere, but a narrative of the not finite. 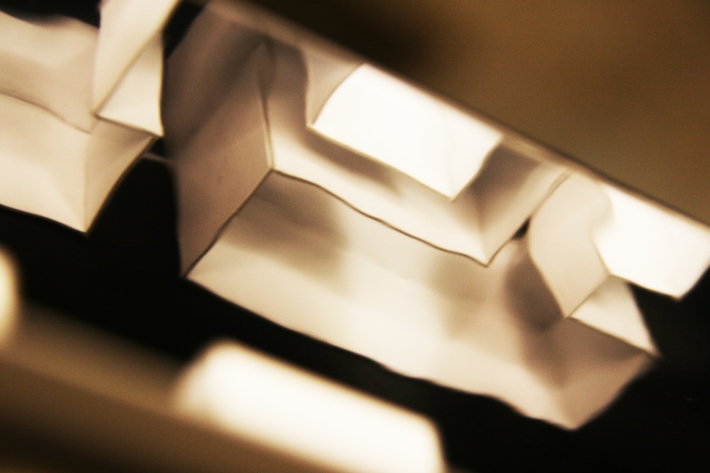 born in 1985, is a portuguese architect with a master degree by the Universidade Autónoma de Lisboa with the thesis Surveillance and Frontier, Museum in the Second Line of Defense of Jurumenha between 2010 and 2012 worked at rc+jv arquitectos in some public competitions and made short collaborations with barbini arquitectos and chp arquitectos. in 2010 is the winner of the Trienal de Arquitectura de Lisboa 2010 student competition with a project for Cova da Moura. in 2012 wins the SECIL Universities Award 2011
View all posts by alexandre vicente →